Waste oil comes from different places, such as 4s shops, car repair shops and so on. Accumulating waste oil little by little will get a lot of waste oil. If it is discarded or burned, it will cause irreversible harm to the environment. And if the waste oil distillation machine is used to recycle the waste oil, the cost of oil will be saved, and the recovered waste oil can be used again. 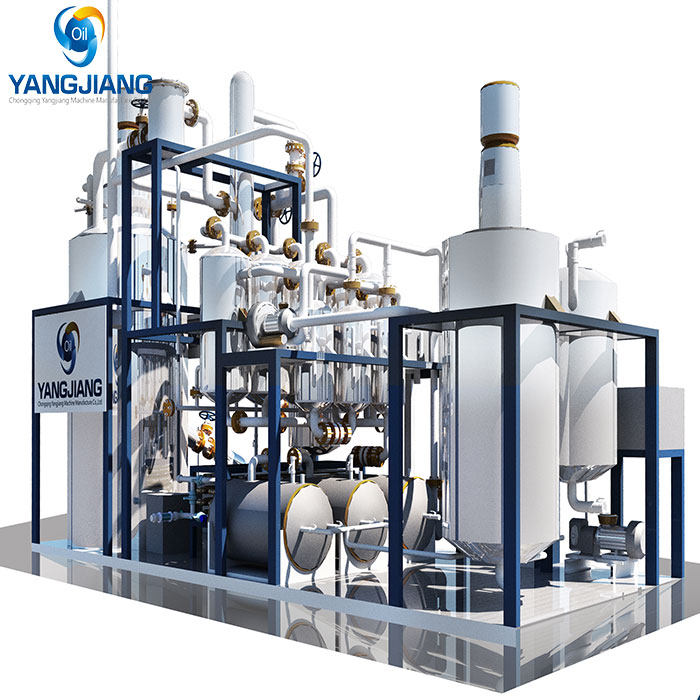 The oil additives that need to be used before using the oil distillation unit are generally: flocculant and decolorant.

The role of flocculants is: settling mechanical impurities, heavy metals, colloids, water, metal ions, etc. in the oil, preventing coking and scaling in the subsequent distillation process, uneven heat conduction and uneven heating will exacerbate coking and block pipes. The formation and the impact on the quality of line oil, further causing the shutdown of the furnace affects the production schedule, increasing the cost of maintenance.

The role of decoloring and deodorizing agents: oil contains sulphur, nitrogen, heavy metals, oxides, phosphorus, chlorine and other impurity atoms, which will cause oils containing hydrocarbons to show different colors and affect the stability of the oil.

After years of unremitting efforts by the R & D team, Yangjiang has already possessed a complete and mature waste oil distillation technology. Vacuum distillation is the core waste oil regeneration technology. The regeneration and reduction system produced by Yangjiang uses batch processing to treat pretreated waste oil, that is, by natural sedimentation, or by using centrifuges to remove water and magazines. After entering the catalyst reaction tank, stir the reaction thoroughly. The fully reacted waste oil is pumped into a distillation kettle, and the waste engine oil is heated under vacuum. As the temperature rises, the oil and gas of different components will evaporate. After cooling, the corresponding fuel oil, light base oil and heavy base oil can be obtained. The liquefiable part can be reused. The non-liquefiable part enters the heating system for combustion through the gas system without wasting any resources.

The light oil processed by the waste oil distillation machine can be added to tractors, ships and generators for reuse. Heavy oils also have different uses. Both the light base oil and heavy base oil produced meet the reuse standards. The gas is burned, and the solid obtained after the distillation is asphalt, which can be used for paving roads, waterproofing buildings, and so on. 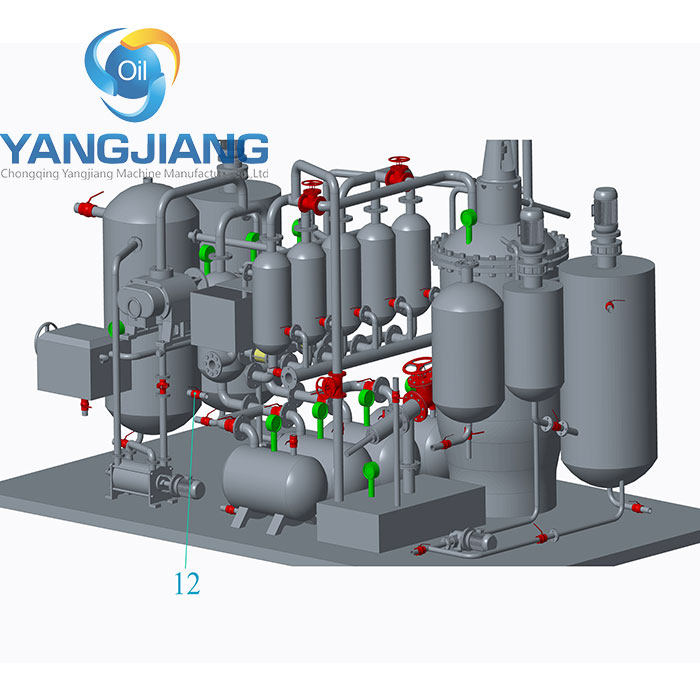 What kind of waste oil can the oil distillation machine handle?

We have introduced a lot of details about the oil distillation machine, if you have any questions, please feel free to contact us. For more details, please visit the Yangjiang website. www.oilrecyclingplant.com